If your gums bleed when you brush or floss your teeth, you might shrug it off or think this is normal. But bleeding from the gums indicates an underlying problem.
Factors like brushing too vigorously, injury, pregnancy, and inflammation can contribute to bleeding gums. Gum inflammation can cause redness, swelling, and tenderness, and it can be a sign of periodontal disease, such as gingivitis or periodontitis. Such disease can occur from inadequate plaque removal.Identifying the cause of bleeding gums is key to determining the most appropriate treatment. Once you know the cause, you can choose among these 10 possible ways to stop the bleeding.

Bleeding gums may be a sign of poor dental hygiene.

Gums become inflamed and bleed when there’s a buildup of plaque along the gum line. Plaque is a sticky film containing bacteria that covers your teeth and gums. And if you don’t brush or floss enough, the bacteria can spread and cause tooth decay or gum disease.

To improve oral hygiene, brush your teeth at least twice daily and floss once a day. Here are more tips for keeping your teeth healthy.

2. Rinse your mouth with hydrogen peroxide

You might keep hydrogen peroxide on hand to use as a disinfectant. Turns out it can also remove plaque, promote gum health, and stop gum bleeding. If your gums are bleeding, rinse your mouth with hydrogen peroxide after brushing, but don’t swallow the solution.

Gingivitis is an inflammation of the gums, and this condition can cause bleeding, swelling, and receding gums. In a studyTrusted Source of 99 subjects, some were given a mouth rinse of hydrogen peroxide to study the effectiveness of the solution on reducing gingivitis and whitening teeth. The study found that the group that rinsed with hydrogen peroxide had less gum inflammation than the control group.

In addition to heightening the risk of lung cancer, heart disease, and stroke, smoking is linked to gum disease. In fact, smoking is a major cause of severe gum disease in the United States, says the Centers for Disease Control and PreventionTrusted Source.

Smoking can lower your body’s immune system, making it harder for your body to fight off plaque bacteria. This can lead to gum disease.

Quitting smoking can help your gums heal and stop bleeding. Talk to your doctor about the best method to help you quit smoking.

One studyTrusted Source suggests a link between periodontal disease and emotional stress. According to the researchers, emotional stress has a negative impact on the immune system. This may result in weakening of the body’s defenses to the point where it can’t fight a gum infection. However, more research is needed to determine the amount of stress that can trigger the onset of this disease.

It’s believed that emotional stress may also cause some people to neglect their oral health, which can contribute to the accumulation of plaque. Find out some of the things you can do to relieve stress.

5. Increase your intake of vitamin C

Eating foods rich in vitamin C can strengthen your immune system and help fight off the gum infections that cause bleeding gums.

Conversely, not getting enough vitamin C in your diet may worsen bleeding if you have gum disease. In fact, a vitamin C deficiency can also lead to gum bleeding even if you practice good oral habits.

Foods rich in vitamin C include:

You can also ask your doctor about taking a vitamin C supplement. As a powerful antioxidant, vitamin C strengthens connective tissue and protects the lining of your gums, so you’ll want to be sure you’re getting enough each day. The recommended daily amount of vitamin C for adults is between 65 and 90 milligrams a day.

6. Increase your intake of vitamin K

Taking a vitamin K supplement may also alleviate bleeding gums. Vitamin K is an important nutrient because it helps your blood clot. A deficiency can cause easy bleeding, and one studyTrusted Source found that it may lead to gum bleeding.

Foods rich in vitamin K include:

The Office of Dietary Supplements recommends that adult men get 120 micrograms and women get 90 micrograms of vitamin K daily.

Bleeding gums aren’t always caused by gum disease. Your gums may also bleed from trauma or an injury to the gum tissue.

A cold compress applied to the gum line can reduce swelling and restrict blood flow to stop bleeding. Apply an ice pack or a cold cloth to your gums several times a day, 20 minutes on and 20 minutes off.

ResearchTrusted Source has found that reducing your carbohydrate intake may also improve gum health and prevent gum disease. Carbohydrates and sugary foods encourage plaque and the growth of bacteria. The more plaque accumulated on your gums, the more likely you are to have bleeding gums.

Although brushing and flossing regularly can reduce this buildup, cutting back on carbs helps prevent plaque formation.

Drinking green tea on a daily basis may also reverse periodontal disease and stop bleeding gums. Green tea contains catechin, a natural antioxidant that can lower the body’s inflammatory response to bacteria in the mouth.

One studyTrusted Source of 940 men analyzed the effectiveness of green tea on improving periodontal health. For the study, researchers examined the periodontal pocket depth of participants before and after drinking green tea, as well as any loss of gum tissue and incidences of gum bleeding by probing. Based on the results, researchers concluded that the more green tea a person drinks, the better their periodontal health.

The recommended daily intake of green tea is three to four cups, although some researchers believe that you need to drink up to 10 cups a dayTrusted Source to notice any improvement in health.

10. Rinse your mouth with salt water

Because bacteria and inflammation in the mouth causes gum disease, regularly rinsing your mouth with a mixture of warm salt water may also reduce bacteria and stop gum bleeding.

Add half a teaspoon of salt to a glass of warm water and rinse your mouth for a few seconds three to four times a day. If bleeding is from an injury or trauma, rinsing with a salt water mixture also keeps your mouth clean and removes bacteria that could cause a wound infection.

When to see a doctor

See a dentist if gum bleeding doesn’t improve within 7 to 10 days. You may need a deep dental cleaning to remove plaque and tartar and promote gum healing.

Your doctor may also order lab work to check for any vitamin deficiencies that can cause gum bleeding. 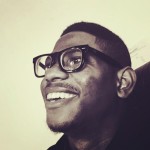 “Dr. Chukwuebuka Iroanya alias Dr. David Wilifred(BDS, MPH, Dip. International Business Management, MSc in Clinical Dentistry) An ardent Researcher and Public Health Educator.
He is a Medical graduate of the University of Nigeria, Nsukka(UNN) and currently the founder and president of Optimus Dental Foundation(ODF). He is currently into active practice as the Director of Oaklands Multispecialty Dental care center.
His passion for research works and health article writing is really commendable”

How to know you have HIV without a test?

Importance of mouth cleaning by a dentist.

You may have missed

1 year ago Dr. David Wilfred
call Now
× Hello, I am Dr. David. Chat with me.
%d bloggers like this: